From “Mr. Wuffles,” a comic in picture book format by David Wiesner

Comics, the medium to which I have more-or-less devoted my professional life, has a tough time earning recognition in fortresses of traditional publishing like the Caldecotts, Newberys, and other Youth Media honors run by the American Library Association. For all the hard-won progress by forward-thinking librarians and comics advocates over the past few decades, it’s still hard for many to understand that a graphic novel is a book, and the act of reading comics involves the same mental agility employed while reading prose (sometimes more!). Any bruising over this is worsened upon noticing that many honorees over the years actually are comics; they just don’t outwardly exclaim it. So thanks to Reading With Pictures for this amazing post on the 2014 Youth Media Award winners that are comics in disguise!

(Wait, before I jump further into this point, it should be noted that there are two out-and-out, full-on, no-bones-about-it, capital “G” graphic novels on the list, namely the King Author Honor Book winner March by John Lewis, Andrew Aydin, and Nate Powell and the Alex Award winner Relish by Lucy Knisley. Those are excellent graphic novels that deserve these accolades and many more.)

Aliens plan their escape from the determined cat in “Mr. Wuffles” by David Wiesner

The other honorees are comics stories in the guise of picture books and other formats, the likes of which we’ve seen in publishing for over 50 years, from amazingly gifted cartoonists like Mo Willems who intuitively understand that telling a story through sequential art has a lot of advantages, especially for kids in the picture book audience. Kids who “read” the sequential art in a picture book develop supercharged reading comprehension skills and can learn to read written words that much quicker from all the extra visual support and scaffolding. Willems has been doing this for years, and it’s nice to see just-as-talented storytellers like Kate DiCamillo and Mary Sullivan join the ranks. And I have to make special mention of David Wiesner’s Mr. Wuffles, which was by far the best comic I read all year for any age group in any genre. I haven’t looked at my cats or my radiator covers the same ever since.

The ongoing discussions about adding a graphic novel category or separate graphic novel award to the ALA’s roster are fine and worthwhile, but I kind of prefer this approach. Further separating comics from the rest of the reading experience is less valuable than inviting them to the party we’re already having. Let a comic win the Caldecott (though good luck finding another one as good as Mr. Wuffles anytime soon!). If we keep doing that, more librarians will discover comics and purchase them, which will reinforce the business need for publishers to produce them, which will create more of a functional market for cartoonists, which will make for a shiny, happy, healthy industry for this most awesome of literary forms. Kudos to the ALA for the inclusion and to Reading With Pictures for taking the time to draw this distinction and recognize these examples of excellent comics art. And most of all, congratulations to the winners!

Oh, and before we go, here’s some more Wuffles: 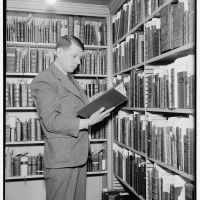 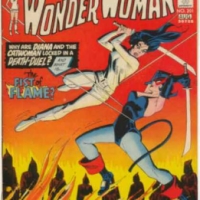