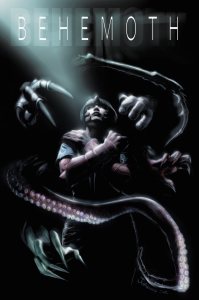 How did you break into comics?

CHRIS: I have ALWAYS wanted to work in comics. When I moved to New York after spending time on the road as an actor, I produced a play I had written and invited a lot of agents, casting directors, and theater people. But I also invited editors from comic book companies, hoping that a play would be a little different from the writing samples they were used to getting. One editor from Marvel — Mark Powers, who was the X-Men line editor at the time — came to the show. He invited me down to the offices the following week and offered me an opportunity to write a Nightcrawler limited series! That was my first published comic. During college, I had worked at Malibu Comics under editor Mark Paniccia. When he moved over to Marvel, he brought me in to do a story for AMAZING FANTASY and several issues of MARVEL ADVENTURES: SPIDER-MAN.

J.K.: For me it all started with an experimental comic book I painted to accompany a CD for a German record label when I lived in Frankfurt. A writer named Phil Smith saw the work and asked me to illustrate his story, which got the attention of a young writer named Michael Colbert. He asked me to illustrate a short story called “Crazy Mary,” which was published in an anthology called DIGITAL WEBBING PRESENTS. I made sure that issue was on the desk of every editor in the business when it was released. I heard back from Chris Ryall at IDW Publishing and I kept building from there. There was no real break-in moment. It was a long, slow climb.

How did you guys come together on Behemoth?

J.K.: A mutual friend introduced us and we started talking over drinks. Pretty much the way most marriages start.

CHRIS: When I first saw J.K.’s art, I was blown away. We met, hit it off, talked about a few mainstream pitches, and then started talking about doing an independent book together. We talked about a few different ideas, and the germ of what would become BEHEMOTH — people turning into monsters, their struggle with the transformation, the monsters being used as expendable soldiers — excited us the most. So, we started working on it between other gigs!

Young Adult and gritty sci-fi/horror is a pretty unique combination. What made you want to combine those two?

CHRIS: It wasn’t a conscious choice. I think as we developed it from the initial idea, the emerging characters kinda dictated that. Because so much of the book is about the feeling of displacement, a frightening transformation you can’t understand, and being forced to do things you don’t want to do, it made sense to skew the characters younger.

J.K.: That was all Chris, but I can tell you why I like it. That was how all the stories I read growing up were told. Claremont and Byrne X-Men, Wolfman’s Teen Titans, Conway’s Spider-Man; they were all young adult stories with a fair share of gritty. There was a delicate balance of adventure and fun but it didn’t shy away from some dark realities; the death of  beloved characters, bigotry, dysfunctional families, etc. It’s difficult to mix the fun and the dark and make it work and you rarely see it nowadays, but Chris made it work. 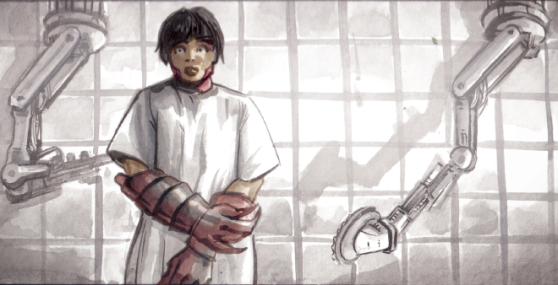 How do you think younger readers will relate to Theresa?

CHRIS: I think it’s those things mentioned above. We all — no matter our age — know that feeling of horror at seeing ourselves becoming something other than what we expected or wanted, as well as that feeling that the world outside is forcing us to be what they want us to be. As you get older you conquer it, submit to it, or get used to it. When you’re younger, though, it’s that much more acute. And that much more mysterious.

J.K.: Theresa is intelligent, capable, full of potential, yet off-balance at times, and terrified of the future. I think a teeanger can’t help but relate to that. In fact, her fear of transformation reminded me of my own experience with puberty. There’s a major part of me that couldn’t wait to become an adult, but there’s the quieter part of my psyche that didn’t want to let go of childhood. I wasn’t really aware of it on a conscious level, but it manifested as a very genuine fear of growing up and that was what I would think of when I needed to understand Theresa’s reactions visually. 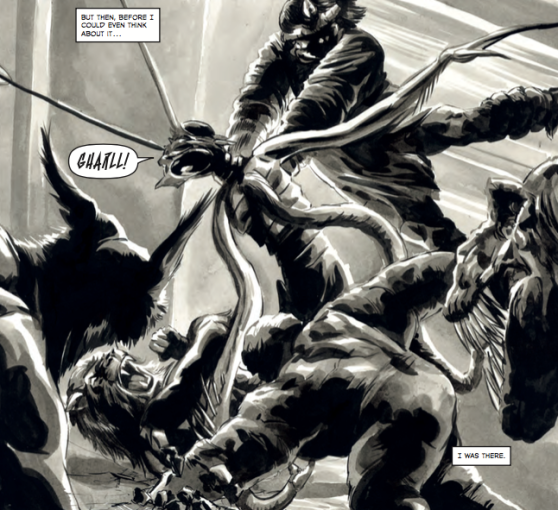 What was the design process like for the main characters — the “monsters”? How do their designs reflect their stages of descent into monsterhood?

CHRIS: For me, the important part was that bit-by-bit transformation for our main character and that the different denizens of the camp where Theresa is first taken are all different. J.K.’s got a great eye for the monstrous and the character designs are so damn creepy. It’s fantastic!

J.K.: One of the main visual cues is clothing. When you first see the internment camp with the monsters, some have clothes, and the more monstrous do not. That’s definitely a good indicator that some have simply left humanity behind, while others aren’t quite there yet. The exception is the team leader, Rex, who seems to have transformed into “full monster mode” while retaining a large portion of his humanity. Of course, Rex is sort of the inspirational leader by example, particularly to Theresa, and not in any way common. In the designs of most of the creatures, I worked off the animal kingdom as much as possible and distorted it from there. You may also see a lot of what I’d have to describe as “Lovecraftian” creatures. I find starting from aquatic crustaceans, cephalopods, or strange deep sea life to be as effective in creating strange monsters as it is fun. For the main characters, Chris was fairly specific in what attributes he wanted. I added my own flavor to the characters, but it all started from his descriptions.

How has it been seeing the readers’ reactions to the first few issues?

CHRIS: It’s been wonderful. It’s so gratifying and humbling to see that people enjoy it and are affected by something you put so much of yourself into.

J.K.:  An overwhelmingly positive experience so far and I look forward to more interaction with readers as the last couple issues come out. 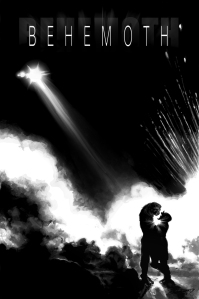 What are your opinions on the state of digital comics right now?

CHRIS: I am a convert. I thought I’d be grousing like an old coot about the shift away from paper. But it’s opened so much up — as a creator who now has a virtually unlimited audience at your fingertips but also as a reader who now has access to so much more than you’d ever thought possible! And the possibilities opened up by things written for digital — in terms of guided view and things like that — are fascinating!

J.K.: I’m always thrilled to see more options for reading comics. I remember some apprehension when digital first started, but I’ve come to realize that fans will always want print and that digital just opens up the market to new readers. It’s also a great way for indie comics to make their debut with a lower budget before print. You see DC Comics making use of it with their digital-first line. I love it. It’s bringing more readers to comics.

BEHEMOTH’s initial story arc has one more issue to go, and is currently available on all digital devices through comiXology.